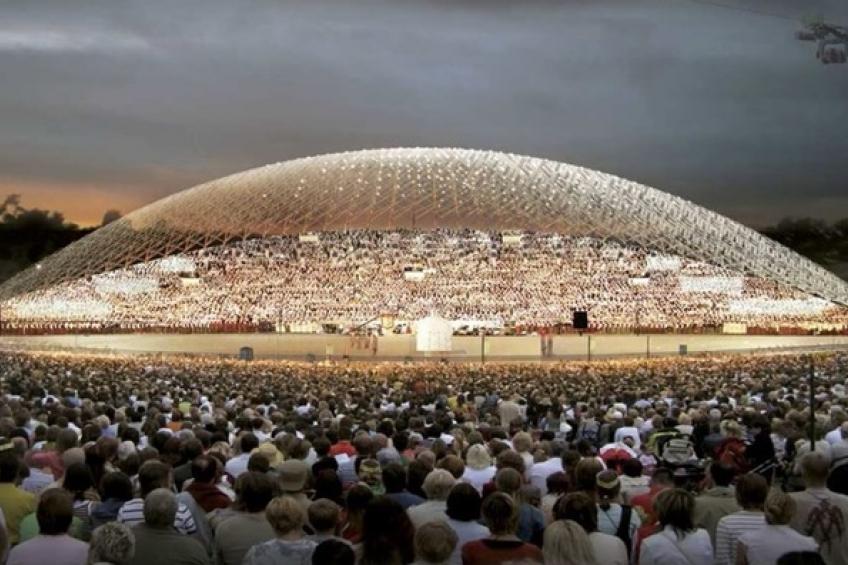 Is planned to rebuild Mežaparks open-air stage in 2 rounds, to finish it in time before the Song Festival 150th anniversary in 2023.

Normunds Eglītis, SIA “Būvkonsultants” director informed, that in the 1st round is planned to rebuild spectator area, partly attaching temporary tribune for extra singers. In the 2nd round, which should be finished before 2023, is planned to rebuild all open-air stage, put a roof and modify building, which is under singer tribune. Completely finishing all the works, there will be 30 000 spectator seats, total number of singers will be up to 14 000- 11 000 singers will stand on tribunes and 2900 singers on stage.